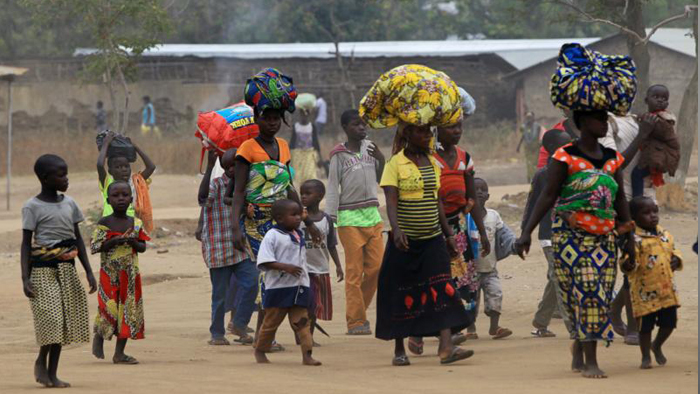 The president of the U.S. Conference of Catholic Bishops encouraged Catholics across the nation to join with Pope Francis Feb. 23 for a special day of prayer and fasting for peace, with special prayers for Congo and South Sudan.

“Tragically, violent conflict rages in both nations” and “innocent families suffer” in both countries, said Cardinal Daniel N. DiNardo of Galveston-Houston in a Feb. 14 statement.

He noted that South Sudan won its independence in 2011 “only to find itself a victim to corruption and a bloody civil war.”

In Congo, “the government fails to honor the constitution as the Catholic Church courageously promotes a peaceful resolution of the conflict between the ruling and opposition parties,” Cardinal DiNardo said.

Pope Francis announced the special day of prayer as he recited the Angelus prayer at the Vatican Feb. 4.

Cardinal DiNardo quoted Pope Francis’ reflecting on the suffering caused by violent conflict: “Our heavenly Father always listens to his children who cry to him in sorrow and anguish, who ‘heals the brokenhearted and binds up their wounds’ (Psalm 147:3). I make a heartfelt appeal so that we also listen to this cry and, each one of us in his/her own conscience before God, ask ourselves, ‘What can I do for peace?'”

The cardinal added: “Let us answer the Holy Father’s call to pray and fast for peace, especially for the church and peoples of South Sudan and the Democratic Republic of the Congo. And let us turn our fasting into almsgiving and support the work of Catholic Relief Services in both countries.”

CRS, based in Baltimore, is the U.S. bishops’ overseas relief and development agency.

“May God bless South Sudan, the Democratic Republic of the Congo and our world with peace,” said Cardinal DiNardo.