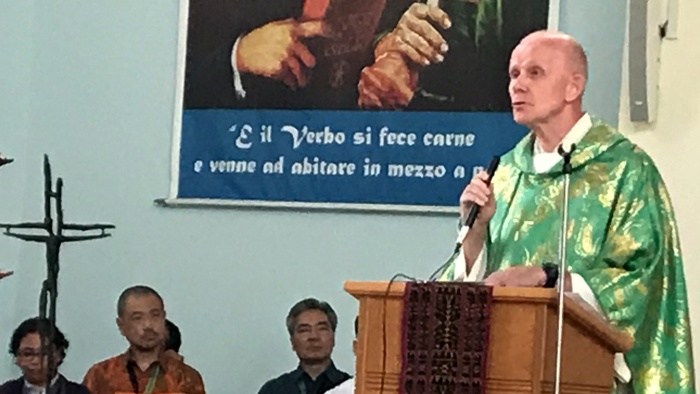 Superior General Fr. Heinz Kulüke, SVD, opened the 18th General Chapter during the Mass on 17th June at Centro Ad Gentes in Nemi, . The ceremony was a simple but meaningful one. Everybody gathered outside the Nemi Chapel. Each of the zones were called out by the general council members using scripture passages. Fr. General then declared the Chapter opened. Then he along with the council members opened the doors of the chapel and entered. All the rest followed. During his inaugural homily he began with two questions, where is God calling us for and what do we have to offer to God?

There is a total of 132 members in the Chapter including the observers and the lay participants. Out of this number 118 are voting capitulars. There are 4 lay participants from the SVD lay associates around the world and 2 SSpS representatives. There are 112 priests and 14 brothers in participation. The median age of the capitulars is 53.61.

In the afternoon during the first session the modalities, agenda and other details were explained. Tim Norton, SVD and Miriam Altenhofen, SSpS are the facilitators of the Chapter.

The objective of the Chapter is to foster a spiritual rekindling bringing us back to the Word of God. It is deepen our spirituality drawing resources from the scriptures. 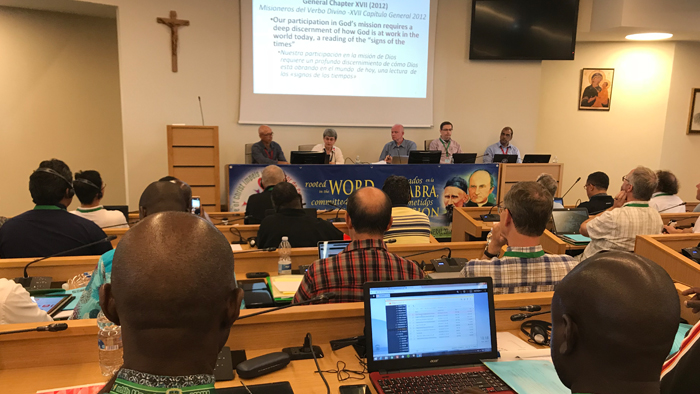