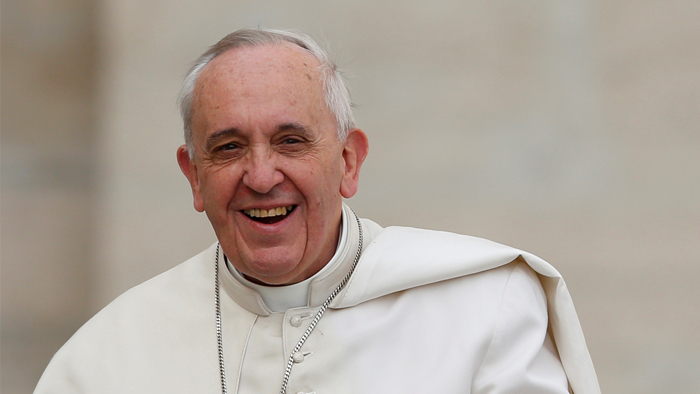 Pope Francis will make his screen debut on Wednesday at the first official showing of a film in which the Pontiff plays himself. The Pope has a cameo appearance in Beyond the Sun, a film about children searching for God. All proceeds from the movie will go to charities helping disadvantaged children in Argentina, the Pope’s country of birth.
Pope Francis appears on screen for a total of six minutes at the middle and end of the film.
Iervolino, the Director says the film shows the Pontiff as a “man of the people”, teaching the children how to read the Gospels.
“Don’t think of [the gospels] as a huge book,” the Pope tells them. “The gospels are small. But you have to read them slowly, bit by bit. And you should be with someone who can explain whatever you don’t understand. He adds: “Speak to Jesus … Tell him what’s happening to you. What happened today. Tell him the things you saw and you disliked, or in the school or out in the streets, or in your family … Jesus is waiting for you, and he is looking for you, and you don’t realise … Look for him, and that’s how you will find each other. Dare to do it.”
The film gets its first official showing at the Vatican on Wednesday night, before its official release at Christmas.
Source: catholicherald.co.uk