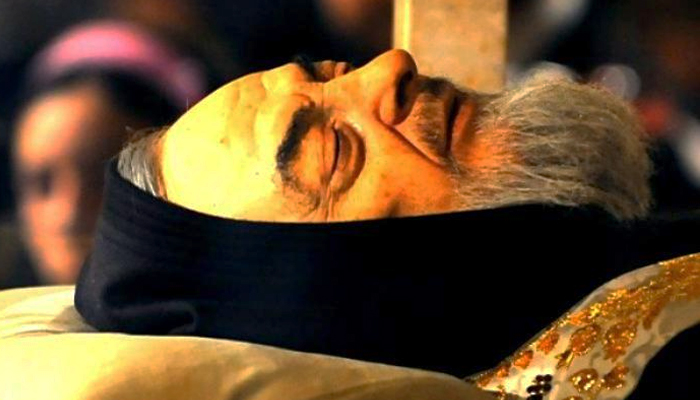 Catholic churches in San Bernardino and Riverside will play host to official relics of St. Padre Pio in March as part of a U.S. tour commemorating the 50th Anniversary of his death.The Saint Pio Foundation wrote Bishop Gerald Barnes in October, inviting the Diocese to host the relics of the Italian priest, who enjoys a strong devotion in the Diocese and throughout the country.

St. Pio’s relics will be presented at Queen of Angels Church in Riverside on Wednesday, March 14. A Morning Mass and preparation will be celebrated at 8 a.m. with Veneration from 9 a.m. to 9 p.m. An evening Mass for Padre Pio will be held at 7 p.m. The following day, March 15, the relics will move to Our Lady of the Rosary Cathedral in San Bernardino. Mass and preparation will be held at 7 a.m. with Veneration from 8 a.m. to 12 noon. A Mass for Padre Pio with parish school, Holy Rosary Academy, will also be held that morning. Monsignor Gerard Lopez, STL, Vicar General of the Diocese, has coordinated the appearance of the relics in the Diocese and notes a connection to the celebration of the 40th Anniversary of the Diocese this year.

The relics that will be displayed at Queen of Angels and Our Lady of the Rosary Cathedral include: Saint Pio’s glove; Saint Pio’s crusts of the wounds; cotton-gauze with Saint Pio’s blood stains; a lock of Saint Pio’s hair; Saint Pio’s mantle; and Saint Pio’s handkerchief soaked with his sweat hours before he died. Following the decree of Pope Francis during the Year of Mercy in 2016, the relics of St. Pio first toured the United States in 2017, drawing more than 250,000 people. A second tour continues this year.

Padre Pio was born Francesco Forgione in Pietrelcina, Italy on May 25, 1887. He voiced a desire for the priesthood at age 10 and entered the Capuchin Order of Franciscans at age 15, taking the name Pio. At the age of 23, he was ordained a priest. The saint was widely known during his lifetime as a mystic. He dedicated much of his priesthood to hearing confessions. People would travel from around the world to have their confessions heard by Padre Pio, as he had the gift of being able to read souls. He also received the stigmata, or the wounds of Christ, and was known for being able to heal people. He was reported to bi-locate, or appear in two locations at once. Padre Pio died Sept. 23, 1968 and was canonized by Pope John Paul II in 2002.