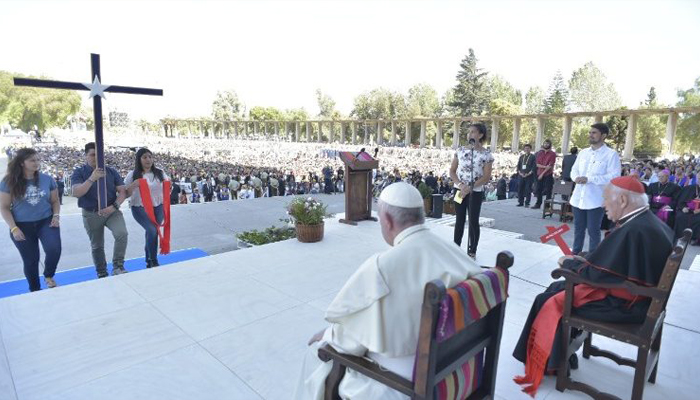 Pope Francis also addressed the youth of Chile at National Shrine of Maipú, Santiago. When speaking of his time with his ministry saying that he has seen the many good ideas are in the minds and hearts of the youth.  Pope Francis said “Young people are restless; they are seekers and idealists.  The problem we adults have is that often, like know-it-alls, we say: “They think that way because they are young; they still have to grow up”.  As if growing up means accepting injustice, believing that nothing can be done, that this is the way things have always been.” (Pope Francis) also calling on the youth to be the face of the church not by applying cosmetics but by being challenged by her sons and daughters.