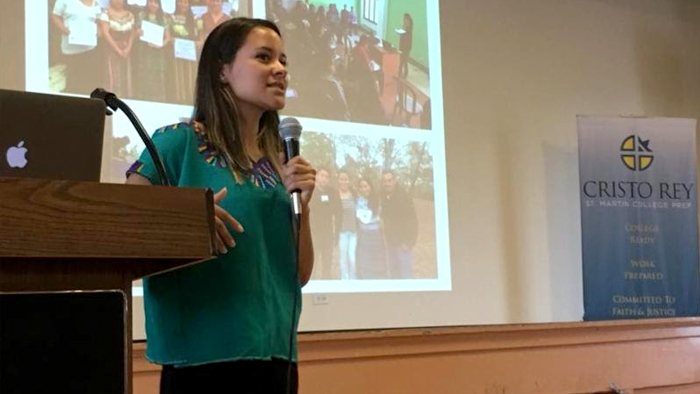 Suzy Gonzalez joined the Peace Corps as a newly minted Georgetown University graduate, with a degree in Justice and Peace Studies, a program focused on “empowering vulnerable populations. “I wanted to go and live the experience firsthand. I wanted to see how the people lived and to find a way to make a difference.” Gonzalez chose Guatemala where she served as a youth development promoter creating/teaching life skill lessons to more than 300 youths, in both San Marcos and Santa Lucía Utatlán Sololá.

Creating her own curriculum, lessons included self-esteem, positive identity/communication, conflict resolution, decision-making, critical thinking, and goal-setting. Gonzalez was responsible for educating students about sexual and reproductive health. Substance abuse prevention was also a high priority given the impoverished area in which she lived and worked. Last but definitely not least, Gonzalez taught English language classes and led after-school activities. “It was amazing to me how kind and welcoming the people were to me with my host family treating me as if I was one of their own!”

Gonzalez began working with youth as a CRSM student, serving as a Spanish translator in Lake County’s Habitat for Humanity program. She continued her efforts at Georgetown, coordinating a mentoring/tutoring program for court-appointed youth. She also worked as an intern assisting immigration attorneys, those who work with the undocumented persons seeking citizenship. How proud CRSM is very proud to have Suzy Gonalez as one of its very own alums!