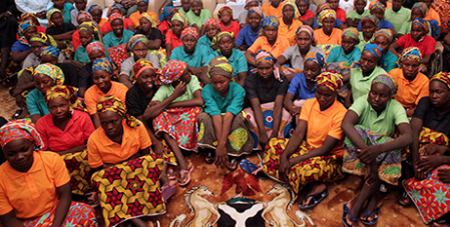 The Nigerian government has confirmed that 110 girls are missing after suspected Boko Haram militants attacked a school in the northeast of the country last week. The kidnapping is believed to be the largest abduction since Boko Haram kidnapped 276 girls from their school in Chibok almost four years ago. On Feb. 19, armed insurgents attacked the Government Science and Technical College in the town of Dapchi in Yobe state, Reuters reports.

Initially, it was unclear how many girls had been abducted, with some reports saying 50 were missing. The state government then said on Wednesday that some of the girls had been rescued, prompting confusion and then despair when it turned out not to be the case. Frantic parents put together their own list of the missing, estimating that some 105 girls were unaccounted for in the wake of the attack, according to Reuters. In a statement issued Sunday, the Information Ministry confirmed the parents’ fears: 110 girls have disappeared.
On Monday, Nigeria said it had deployed extra troops and planes to search for the missing girls, according to the BBC. President Muhammadu Buhari called the kidnappings a “national disaster.”