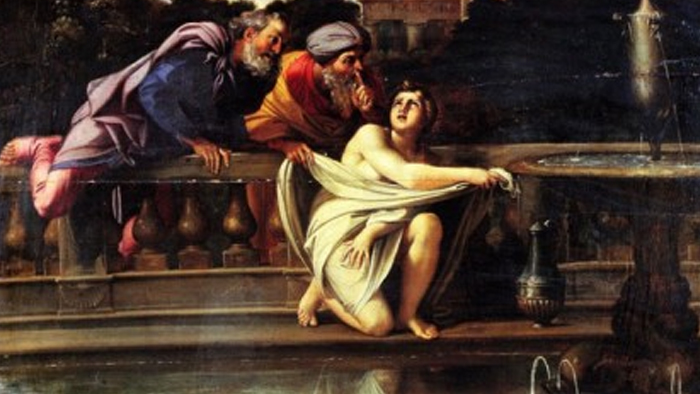 About 700 BC a beautiful woman, Susanna, the wife of Joakim, was subjected to two old men, voyeurs, who tried to catch her with their lust.
This story of Susanna, was excluded from the Protestant canon, but included in the Septuagint. So Catholics can find it in their bible. Fr. Mike dramatically tells this story of two elders who wanted Susanna to lie with them. She resisted even though she knew that she would be punished, even killed, because these men were powerful in the village. Who would believe her? They testified that she and a young man had committed a sin in the garden and should be condemned to death. A young man, Daniel, came and questioned each elder alone. He was able to catch them in their lies.
Fr. Mike highlights the issues brought up by this story: honesty, sins of religious leaders, and the beauty of death. He also poses questions for discussion, including pornography and who is attractive to you.