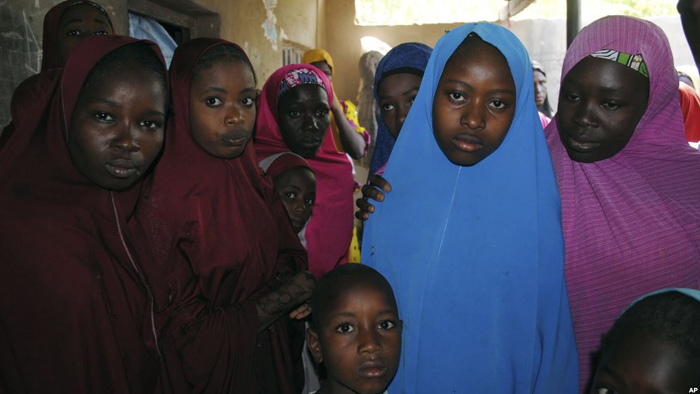 “Boko Haram returns girls to Nigerian town” reads the headline in the March 22, 2018 LA Times. “A month after the kidnapping, the militants bring back the students along with a warning.”

The number returned of the original 110 is unknown at this point. But the warning states “We did it out of pity. And don’t ever put your daughters in school again.” The name Boko Haram means “Western education is forbidden” in the Hausa language.

In 2014 the militants attacked a boarding school in Chibok and abducted 276 girls that time. About 100 were returned. Some girls were forced to marry the militants and many had children by them.